Over seventy years of
experience

CHL Netherlands B.V. has its roots in the 1940’s and 1950’s when radar was first made available for civil applications.

Radar for maritime and aviation applications

After the Second World War, radar was made available to the industry for maritime and aviation applications. In 1947 the “Nederlands Radar Proefstation”( NRP) was founded as a private research, development and consulting firm in the field of radar and early Vessel Traffic Services systems.

From research to manufacturing

Christiaan Huygens Laboratorium B.V. (CHL) was founded in the 1960’s as a subsidiary of NRP. The activities of CHL focussed on research, development and production of radar antenna systems and microwave sensors.

In 1972 CHL was acquired by the Boskalis dredging company. In the years that followed, CHL brought the first generation of the Artemis position fixing systems on the market. This system was initially used on board dredgers and was even applied to position the caissons of the Dutch Delta Works.

In 1984, the CHL shares were bought back by NRP, and CHL once again became a subsidiary of the NRP Holding. Nine years later, NRP and CHL pooled their knowledge and resources under the name CHL Netherlands B.V.
Today, a team of experts and professional craftsmen with a traditional dedication to accurate detail and a vast technical knowledge works together to create a variety of high performance radar antenna systems and microwave sensors. 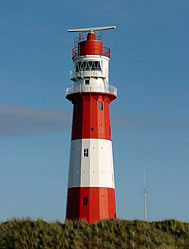